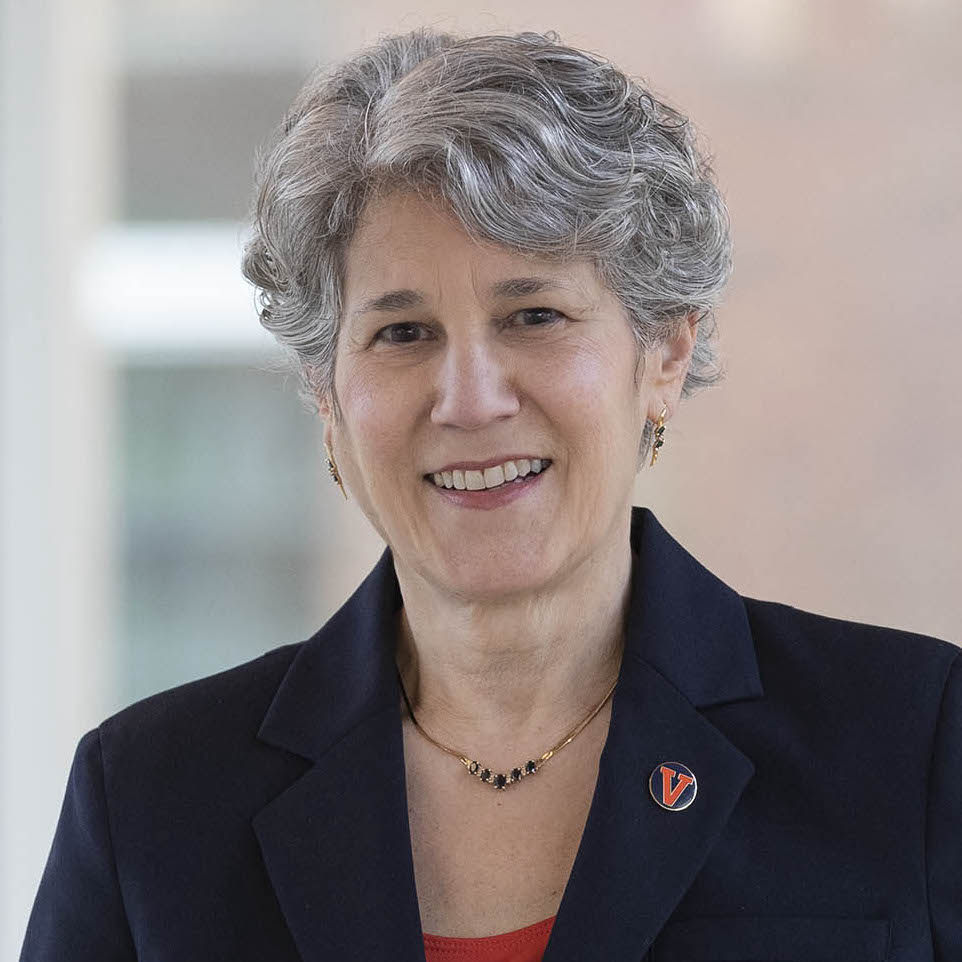 Charlottesville, VA
Pamela F. Cipriano is dean of the UVA School of Nursing and the Sadie Heath Cabaniss Professor of Nursing. Prior to becoming dean, she served two terms as the president of the American Nurses Association, from 2014 until 2018, and represented the interests of the nation’s four million registered nurses. She also has extensive experience as an academic medical center executive and served for nine years as the chief clinical officer/chief nursing officer at UVA Health where she was responsible for all inpatient and outpatient clinical services. Under her leadership, the Health System earned its initial American Nurses Credentialing Center “Magnet” designation in 2006. Dean Cipriano’s advocacy for the nursing profession is well-recognized.  She is known nationally and internationally as a strong advocate for quality, growing nursing’s influence on healthcare policy, and leading efforts to advance the role and visibility of nurses. She served as a public-sector adviser in the U.S. Delegation to the 69th World Health Assembly in 2016, and currently serves as the first vice president of the International Council of Nurses. She was named among the “Top 100 Most Influential People in (U.S.) Healthcare” by Modern Healthcare magazine for four consecutive years (2015 to 2018), and one of its “Top 25 Women in Healthcare” in 2015. Dean Cipriano earned a nursing diploma from the Hospital of the University of Pennsylvania School of Nursing in 1976, a BSN from American University in 1978, and an MSN in 1981 from the University of Washington. In 1992, she earned a PhD in executive nursing administration from the University of Utah’s College of Nursing. She holds certification in Advanced Executive Nursing Administration. 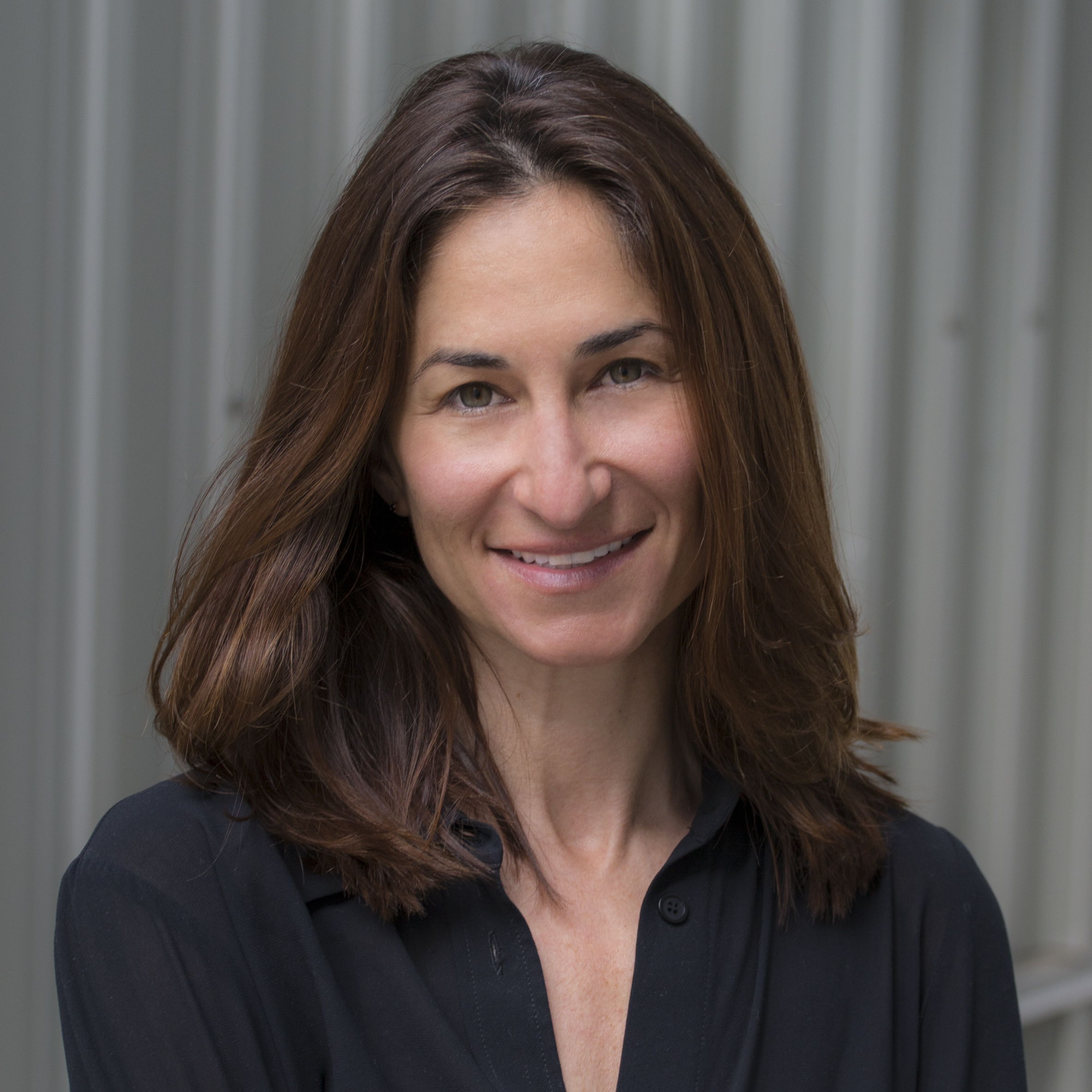 Los Angeles, CA
Deborah Marcus is an executive in the CAA Foundation, the philanthropic arm of leading entertainment and sports agency Creative Artists Agency (CAA), which represents many of the most successful and innovative professionals working in media and sports. Marcus joined the agency in 2019 to lead its education and youth development efforts and currently also leads many of the foundation’s public health initiatives including #FirstResopndersFirst in partnership with Thrive Global and the Harvard T.H. Chan School of Public Health. Prior to joining CAA, Marcus served for nearly a decade as the Executive Director of Communities in Schools of Los Angeles (CISLA), the nationally recognized nonprofit leader in high school drop-out prevention, whose mission is to surround underserved students with a community of support, empowering them to stay in school and achieve in life. Under her leadership, the organization grew to serve more than 10,000 students and their families annually in the communities of Watts, South LA, Boyle Heights, Pico Union, and West LA. In 2014, Marcus was appointed by Los Angeles Mayor Eric Garcetti to the Commission of Community and Family Services on which she serves as Vice Chairperson. 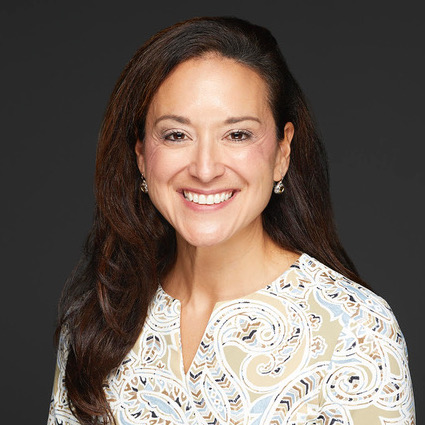 Washington, DC
As the chief advancement officer at the National Geographic Society, Kara Ramirez Mullins inspires philanthropy and drives strategic partnerships, comprehensive fundraising efforts, and global events for the organization. She also advances the Society’s mission through membership strategy, as well as the corporate, foundation, and individual giving programs that broaden the Society’s constituent base and generate financial support. Mullins brings more than 20 years of fundraising and external relations expertise to the Society. Most recently, she spearheaded multimillion-dollar philanthropic and fundraising efforts as the vice president for advancement at the University of Virginia’s Darden School of Business. In this role, Mullins expanded all endowed and operating funds, launched a $400 million capital campaign, and led five of the most successful fundraising years in the school’s history. Mullins’ career also includes senior leadership positions with several esteemed Washington, D.C. organizations. Mullins earned a bachelor’s degree from Marymount University and completed graduate work at Georgetown University. In June 2018, Mullins graduated from the Executive Program at the Darden School of Business. 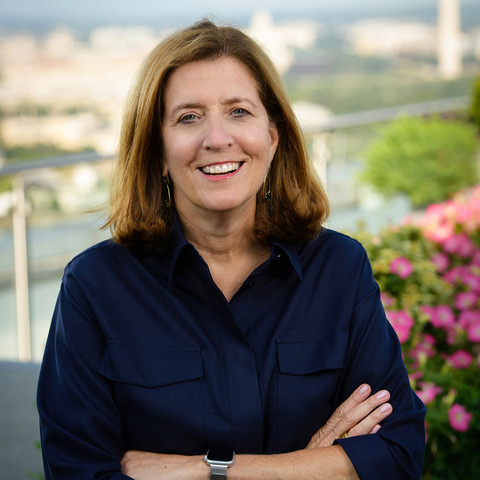 Bethesda, MD
Vivian Riefberg is a Professor of Practice at the Darden School of Business at the University of Virginia where she holds a David C. Walentas Jefferson Scholars Chair. In June 2020, she retired as a Senior Partner with McKinsey & Company where she was for over 31 years. Vivian is now a Director Emeritus with McKinsey. Vivian is also a board member of Signify Health and K Health. In 2018, Vivian was elected as a general director to the board of the Public Broadcasting System (PBS). She has most recently joined the Board of Trustees of John Hopkins Medicine. She is also an advisory board member for the National Education Equity Lab and was recently named as an Advisory Board Member for the Smithsonian’s American Women’s History Museum. In addition, Vivian served from 2000-2004 on the NIH Clinical Center Board of Governors and from 2004-2006 as a member of the NIH Advisory Board for Clinical Research. In her time at McKinsey, Vivian held a variety of senior leadership positions including leader of the Public Sector Practice for the Americas, and co-leader of the US Health Care practice. She served on McKinsey & Company’s global Board of Directors and on the Senior Partner Committee evaluating and developing global senior partners. Vivian has a B.A., magna cum laude in history from Harvard-Radcliffe College and a M.B.A. with distinction from Harvard Business School. 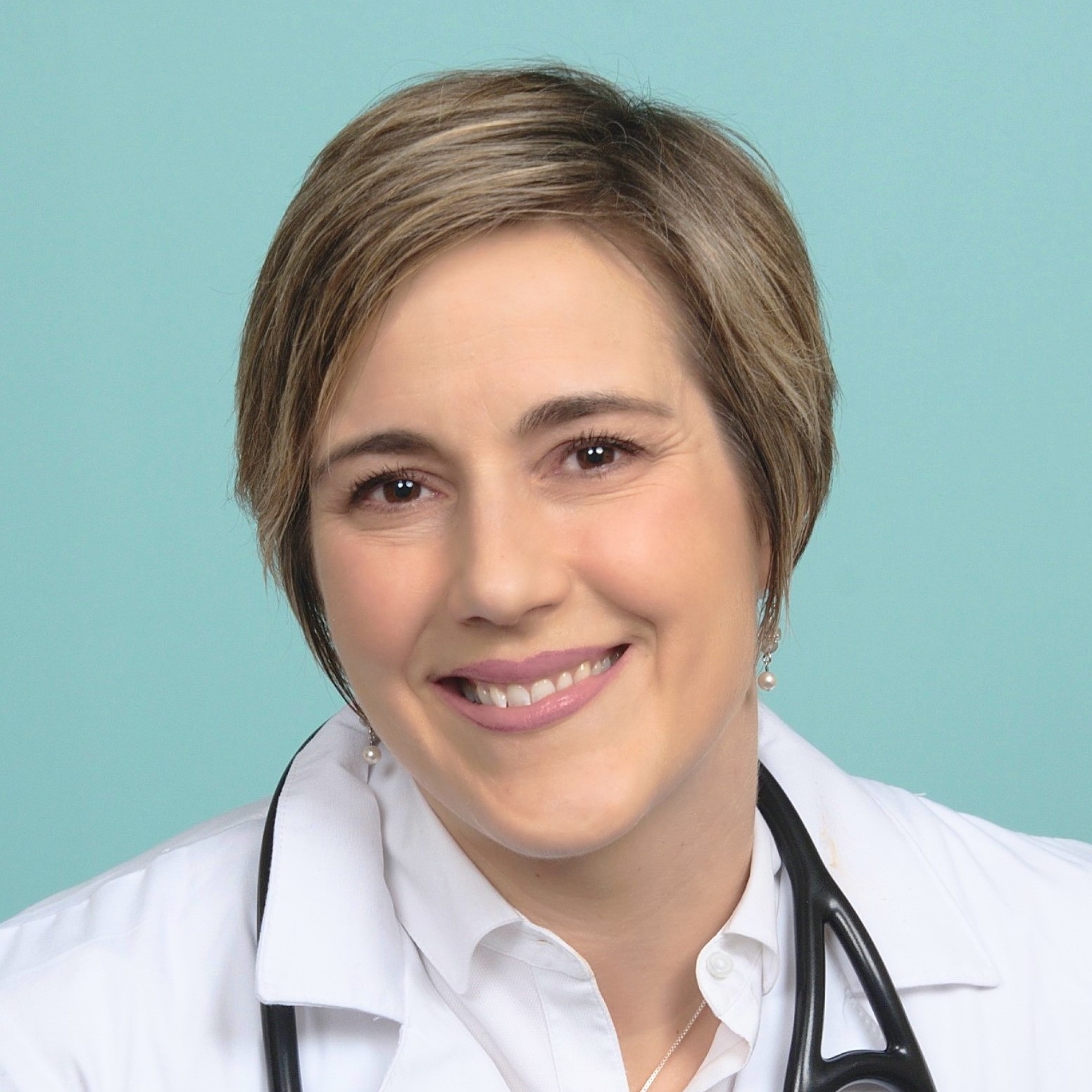 Ann Arbor, MI
Stefanie Simmons, MD is a board certified emergency medicine physician and health care executive.  Stefanie serves as the Vice President of clinician engagement for Envision Physician Services, serving over 26,000 physicians and advance practice providers with a focus on professional well-being, including translational research and programs designed to bring well-being best practices to clinical environments. She serves as lead clinical faculty for the Clinician Experience Project Wellbeing program. Stefanie earned her Doctor of Medicine degree from University of Michigan and completed residency training at the University of Michigan/St.Joseph Mercy Medical Center emergency medicine residency. 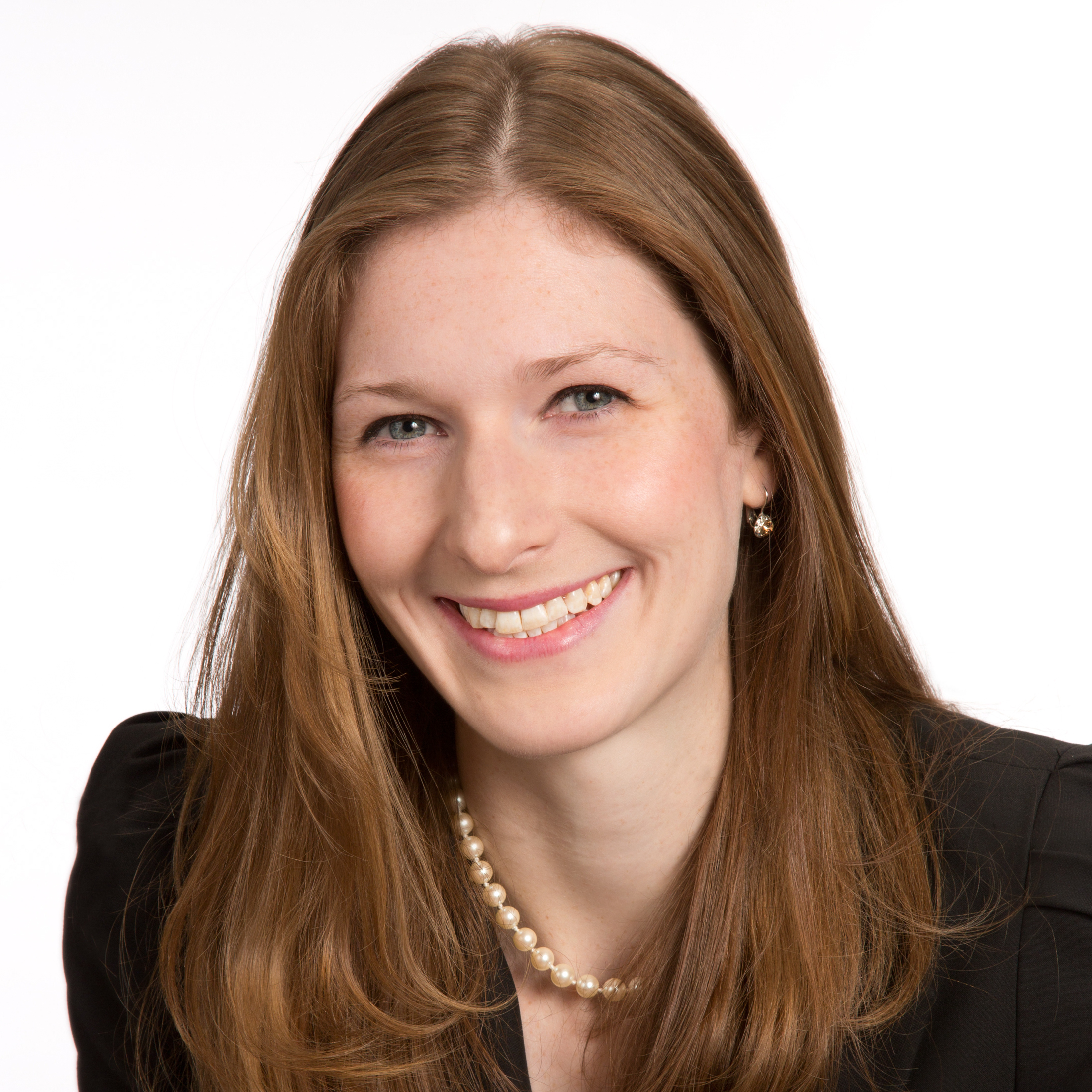 Washington, DC
Katie Wright is a public policy expert and legislative strategist, having served most recently as Senior Health Policy Advisor to U.S. Senator Tim Kaine. In that role, she developed, managed, and executed the Senator’s health policy agenda, represented the Senator with internal and external stakeholders, and advised him on all health-related matters, including those before the Committee on Health, Education, Labor and Pensions. She drafted, negotiated, and advanced original legislation, including the Dr. Lorna Breen Health Care Provider Protection Act and legislation to raise the federal minimum age of sale for tobacco products from 18 to 21, which became law. She also secured federal funds for the Senator’s priorities through the appropriations and budget reconciliation processes. She has also served as a legislative assistant to Rep. Linda Sánchez and as a health fellow in the office of U.S. Senator Al Franken as part of the Health and Aging Policy Fellows Program. She previously worked for the White House Council of Economic Advisers during the Obama Administration and the Center for American Progress, where her work focused on improving women’s economic security. She holds a Master in Public Policy from the John F. Kennedy School of Government at Harvard University and a Bachelor of Science in Education and Social Policy from Northwestern University, where she graduated magna cum laude.